DID YOU KNOW THAT …

DID YOU KNOW THAT … 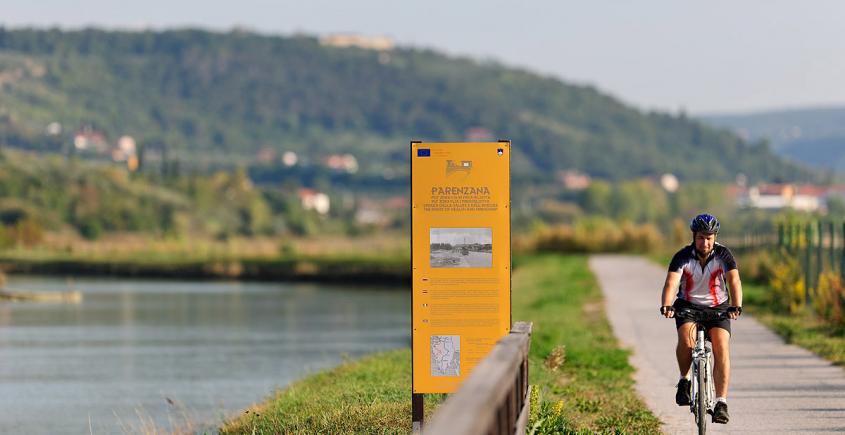 … given the persistent problems, delays and cancellations, there were not many people at the Trieste Railway Station to attend the ceremonial arrival of the first train on 1 April 1902, because many thought that the inauguration of the Parenzana was an April Fool’s practical joke?

… due to the high cost of the railway, people translated the TPC abbreviation as “tassa perpetua comunale”, which means a “permanent municipal tax”?

… from the valley of the Mirna River to Motovun, the train had to surmount an ascent of more than 100 metres? Mischievous kids took advantage of that and, for fun, they anointed the rails with ripe figs. The train was sliding so much that the railwaymen often had to stop it and clean the rails before the train could continue the journey.

… each arrival of a train represented an important social event at which it was imperative to see and be seen? For this “worldly” purpose, a balcony at the rear of the last wagon served perfectly for this purpose. Wealthier people did not hesitate to spend some extra money for this “strategic position”.

… the old locomotive was overcoming steep climbs so slowly that some passengers got off the train to stretch their legs a bit and then slowly returned to their wagons?

... two locomotives of the U type, puffing along the Parenzana route before the First World War, are still preserved? The U37 locomotive is displayed as a tourist attraction at the new train station in Koper, together with some wagons of the Bosnian railway, while the U40 locomotive is still pulling a tourist train on the Murtalbahn railway through the valley of the Mura River in Austria.

… due to the slowness of the small train, the conductors had a lot of trouble? Namely, it was impossible to prevent stowaways from boarding the train, because young men could jump on and off the train without any risk while the train was running.

… there was a slot for dropping letters on the mail wagon? People often came to the train station just to drop their letters directly into the wagon. In this way Parenzana protected the secrets, in particular the secrets of girls, because in such small places where everybody knew everything about everybody else, it was very difficult to hide the names of the recipients of their letters.

… the last run of the Parenzana railway was on 31 August 1935 and that its entire movable and immovable property was put up for auction? Some assets were sold, some destroyed and the rest was used for other purposes.

...Mussolini, when he started the war of conquest in Ethiopia, loaded the rails onto a ship for Africa to melt them into guns? However, the ship sank and so a part of the Parenzana ended up at the bottom of the Mediterranean Sea.