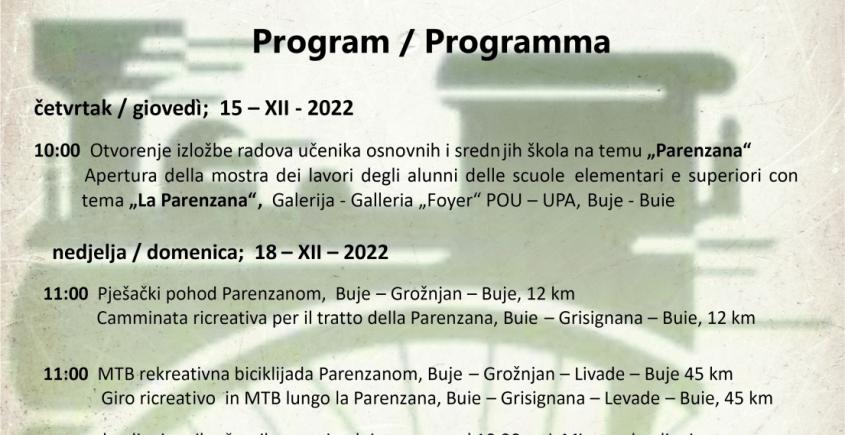 Commemorating the 120 anniversary of the first train ride between Buje and Poreč, the Tourist Board of the Town of Buje is organizing a hiking campaign from Buje to Grožnjan and back, along the restored route of the Parenzana.

The start is in front of the old railroad station in Buje. at 11 a.m