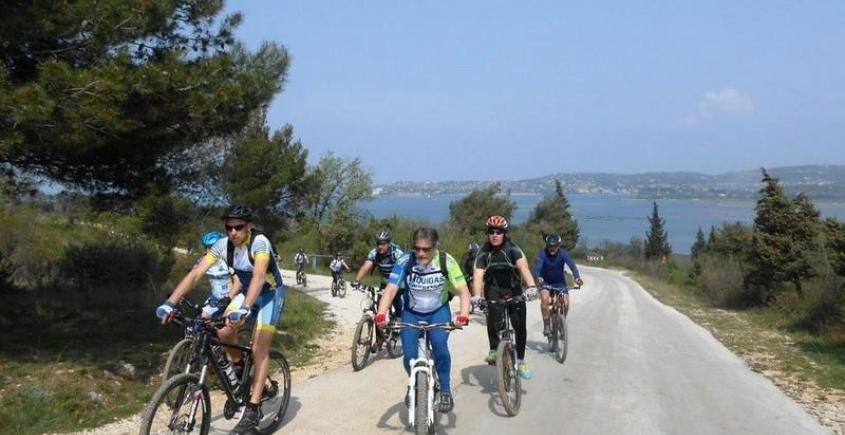 Umag Bike is one of the many recreational spring rides offered to cyclists in Northwestern Istria, well known as a reliable destination for active holidays. For all you sports fans who enjoy the wonders of preserved nature, Umag Bike is the right choice for an May adventure.

Departure is at 11.00 o'clock from Nova obala in Umag. The trail goes along the shore to the north - to the Katoro holiday resort, and continues along the golf course at Crveni vrh. After that it goes up a small hill of St. Peter, offering a beautiful view of the Bay of Savudrija, it then continues along forest trails and Parenzana all the way to the Mulino Hotel. At this point the participants, on their return, can choose whether or not to compete in a short length 4 km race, men's or women's, to Kanegra along the Parenzana route. After the race, on their way back to Umag, the cyclists pass through the villages of Valica, Galići and Murine.

The circular route is 35 kilometres long (22 miles) and consists of both forest paths and asphalt and macadam stages.One part of the trail goes along old Parenzana railway line, which has been turned into a hiking and cycling trail, hailed as one of the greatest attractions of the Istrian peninsula.

The registration fee is HRK 40, which covers presents for participants, refreshment during the ride and a collective lunch around 3 p.m., after the cyclists reach their destination. The invitation is directed at all those who want to spend a pleasant day in the fresh air and enjoy the benefits of doing sports in Northwestern Istria by taking part in an unforgettable odyssey in the green and blue landscapes of the region.