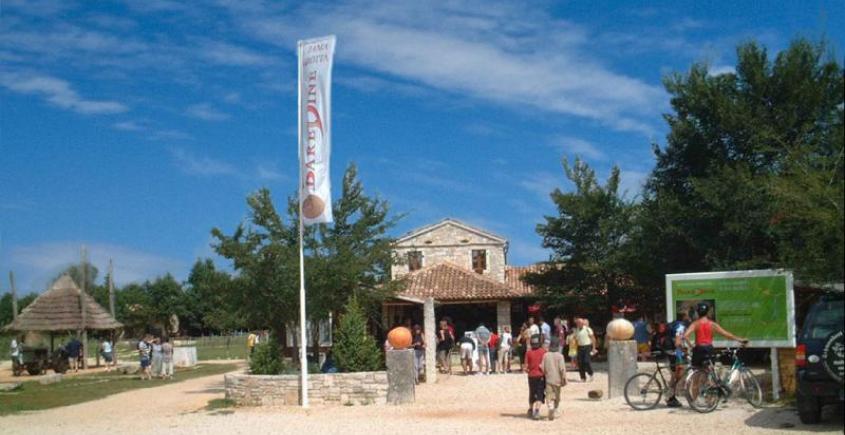 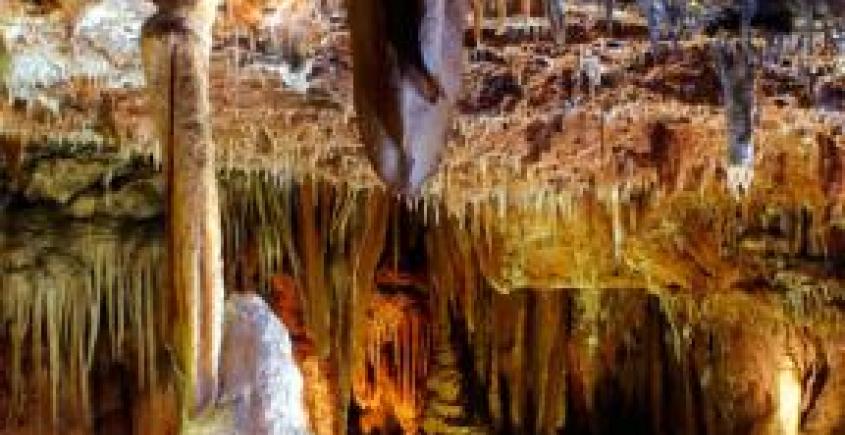 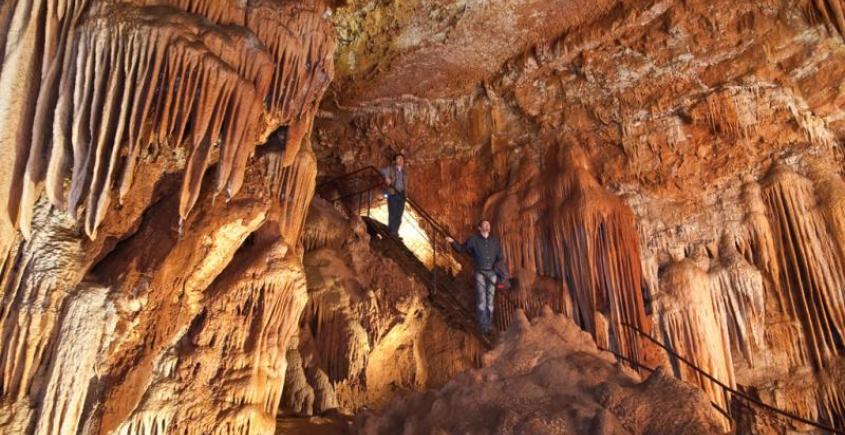 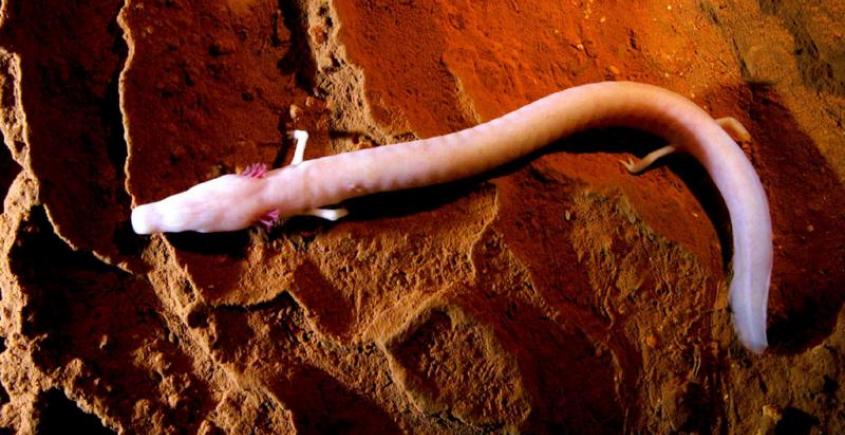 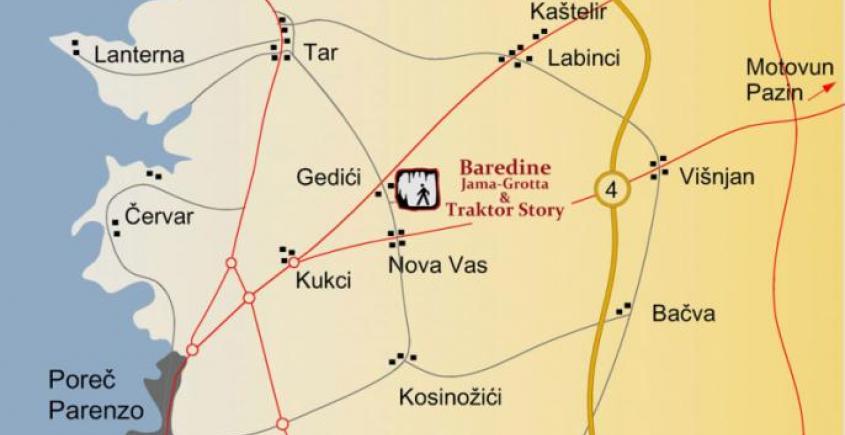 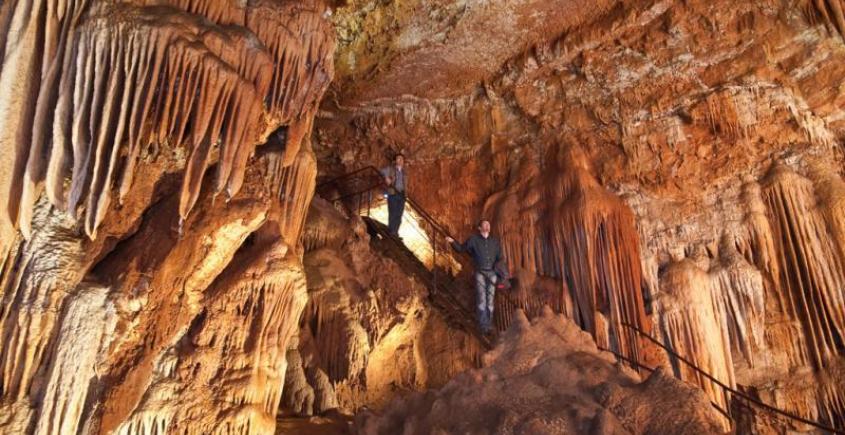 The Baredine Cave at Nova Vas is a geomorphologic natural monument and the first speleological site in Istria arranged for visitors. The cave was opened in 1995. It is situated close to the village of Nova Vas and in the vicinity of Poreč, Višnjan and Tar. It is 132 metres deep. There are also up to 30 metres deep underground lakes. The cave abounds in stalactites, stalagmites and limestone sculptures that water patiently sculpted through ages, including many wonderful sinter formations, such as 10-metre long curtains and very realistic sculptures of the Virgin Mary, the milkmaid called Milka, the leaning tower of Pisa and snowman, the torchbearer who has become a symbol of the Baredine Cave. At the cave's entrance there is a showcase exhibiting the pottery of prehistoric man. Another attraction of the cave is the so-called human fish (Proteus anguinus), an endemic amphibian that lives only in the karst areas of southern Europe.