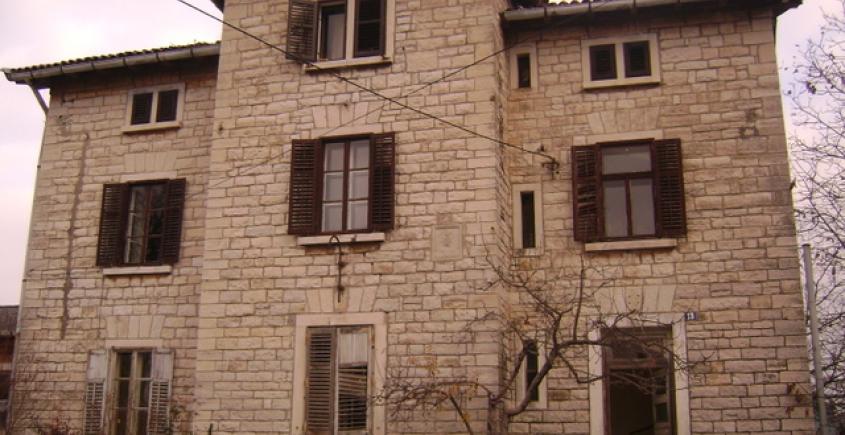 The station at Buje was the most important one on the Parenzana railway. It was the starting station of trains to Trieste and Poreč, with many transitional and stabling tracks. The station had a depot, warehouse for spare locomotives and workshop for the maintenance of locomotives and wagons. The Buje Railway Station was also the headquarters of the staff responsible for the maintenance of the entire route. During a ten-minute stopover, a powerful P type locomotive was replaced by a weaker but more agile locomotive of U type, which was more suited for conquering many sharp curves in the section from Buje to Poreč. During the stopover, passengers refreshed themselves in a small station buffet, while the train quickly replaced the locomotive and staff.

The original station building was of the second category despite the great importance of the station. Only in 1908, a storey for offices was added to it. A well-preserved building is now a residential house.