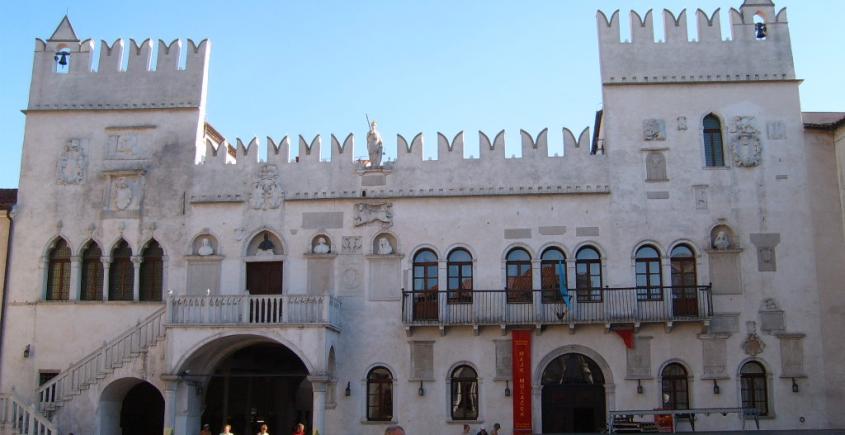 The station at Koper, according to some the oldest town in Slovenia, was among the most important ones on the Parenzana route. It had two passing tracks and the passenger building of the first category, whereas other such building existed only at Poreč and Lucija. At the station, there was a special warehouse for coal and a steam water station for pushing water into the reservoirs from where the water flew into the water tower. The passenger building in the Koper station, located next to the town cemetery, has been preserved almost in its original form. On the new Koper Railway Station, far from the old Parenzana station, there stands the U37 locomotive on a just a few metres long track. Its 760 mm wide rails look like a toy compared to the rails on which trains run today.