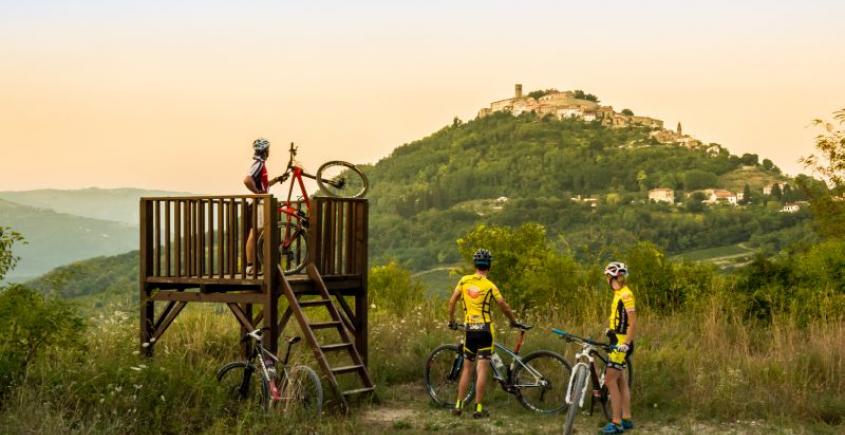 The building of the Motovun Railway Station differs from other Parenzana station buildings already at first glance, because it is the only one built of irregularly shaped blocks of limestone. The station was equipped with an overtaking and a stabling track. During the Austro-Hungarian administration, it was a marshalling yard for the first morning and the last evening trains. Near the station there are two well-known inns where many travellers stop. It is interesting that Motovun had a subway already at the beginning of the 20th century. Namely, the train on its way to Poreč passed through a tunnel under the settlement of Kanal, which with its 222 metres is the longest one on the Croatian side of the route.